I recently walked in on my mom watching The Lion King. It was at the part where Simba goes to the place where his father told him to never go to. First, of course, he did the song bragging about how he was going to be king, etc etc. I've seen the cartoon before. I knew how the scene was going to end. Then it occurred to me that Simba was a poor candidate to be a leader, because he couldn't follow instructions.

In order to be a good leader you must be a good follower. If you cannot follow instructions, if you will not do what you are instructed to do, then you have already failed as a potential leader. (I'm not talking about doing something illegal/immoral/stupid here. I'm talking about following instructions on the job.) No one is born a full blown leader. The traits and skills required to be a leader must be learned - and they are learned by being a follower.

The biggest flaw in how we as a society think about leadership is that leaders are somehow autonomous beings who can decide to do whatever they want, whenever they want. This is not true. In my experience, no one is truly autonomous. Since leadership exists at different levels, leaders at all levels are accountable to and a follower to the leader above them. There is a phrase for a leader who does not follow instruction: insubordinate.

Want to be a good leader? First become a good follower.

There is a whole lot of crazy happening right now in the nation's capital. Interesting that many who for months identified with "patriots" calling for a storming of the capital building are calling now for those same "patriots" to stop when they actually did it!

What did anyone expect? Words have repercussions. Entire segments of society - on both sides - have been alienated and disenfranchised by their own society. And there is incendiary talk firing them up. Now those disenfranchised and alienated people are rising up. I don't condone them at all. But it is a predictable turn of events.

If you were appalled by what happened in D.C. don't just blame one side. Our entire country has been playing a very dangerous game for the entire last year. The rhetoric from both sides has risen to dangerous levels - and that includes rhetoric from religious/Christian leaders. Revolution/rebellion is unacceptable in our society. Why we as a nation tolerated such things is beyond me. But none of that matters now. America is reaping what is had sown.

Wishing everyone a Merry Christmas and a safe and Happy New Year! Jesus is the reason for the season! 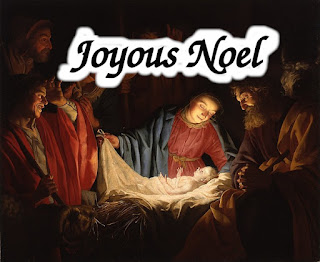 I know this will probably cause a stink, but here goes anyway.

I've been seeing a number of videos showing up on my YouTube feed of famous preachers talking about the need for "real men." These guys pose with weapons, they talk about fighting "the enemy," and generally try to shame people. I get the general principle of what they are attempting to say, but I disagree with the messengers.
When I hear someone talking about what a "real man" is, I want to ask them one, and only one, question. That question is: "When did you serve in the armed forces?" I know the silence will be deafening, because in almost every instance NONE OF THE FAMOUS PREACHERS SERVED THEIR COUNTRY.
This is an important point. In the American tradition, serving in the armed forces was the basic test of manhood. And what these preachers miss when talking about manhood is that in the Old Testament ALL MALES were required to serve in the armed forces except in specific circumstances. (I mention this because these same famous preachers will reference the Old Testament to justify why you should obey them and give them money. If you are going to do Old Testament, better do all of it!)
I realize that ours is an all-voluntary force, and that not everyone volunteers. And that is okay. I also realize that military service is not for everyone, for a variety of reasons. This post is not directed an "regular" people. This post is directed specifically at preachers, who for the most part spent their early manhood hiding in a Bible college and seminary, and not sharing the hardships that their fellow citizens, male or female, faced for their country.
So preachers, if you have not served your country, please spare me your empty rhetoric about how a man is supposed to be. This goes for preaching about patriotism too.  Any preacher who did not go is not a true patriot, in my opinion. You failed the most basic test, so don't lecture me about manhood or patriotism.
Posted by Jon at 4:31 PM No comments:

As I have gone through my social media feeds over the years, I noticed a distinct trend - a trend that bleeds over into our churches. And that is how disjointed people's beliefs are.

You can do this yourself: look at people's posts on social media for an entire day. You will find quotes or memes from Joel Osteen, John MacArthur, Chuck Swindoll, Derek Prince, Joseph Prince and R.C. Sproul all at the same time. The problem with this? All of these gentlemen represent theological viewpoints that are drastically different from each other. So drastic they often rebuke each other!

While I do think that almost anyone can have something constructive to say (kind of in the "a broken watch is right twice a day" vein), I think this eclectic approach confuses more than it helps. I've sat in Baptist church services where the preacher started to talk about principles that were straight from TBN and prosperity preaching. Talk about opposing views!

This was not the attitude of the apostle Paul. In Second Timothy Paul encourages his young apprentice to Hold fast the form of sound words, which thou hast heard of me (1:13). What are those sound words? Remember that Jesus Christ of the seed of David was raised from the dead according to my gospel (2:8).

Many people know the song "Will the Circle Be Unbroken." It is often brought up during hymn sings. Usually it is sung as a song of triumph, proclaiming that we will meet our loved ones after death.

But it is also a funeral song. As reworked by A.P. Carter, it is more solemn, more like the blues. If you have never heard these lyrics, here they are:

I said to that undertaker
Undertaker please drive slow
For this lady you are carrying
Lord, I hate to see her go

Oh, I followed close behind her
Tried to hold up and be brave
But I could not hide my sorrow
When they laid her in the grave

I went back home Lord, my home was lonesome
Missed my mother, she was gone
All of my brothers, sisters crying
What a home so sad and lone

This is a song of sorrow. This is a song that really well reflects on the human condition, and specifically the conditions real people lived through in the mountains and country during the depression. Human frailty and death was very real to them. These people saw sickness and death around them.

Over the last weekend this song took on a new meaning to me. On Monday the 7th, a neighborhood cat left one of her kittens on our doorstep. We knew this mama cat, and had seen her babies before. But she abandoned this one.

I decided to make the effort to take care of this little one. She was about 4 weeks old. I took it home, bought kitten formula, bottles, all that kind of thing. I did internet research to find out what I would have to do to get her to be healthy and survive. After the first full day, she was eating and motivating, and being alert. She was reacting to the attention and affection I was giving her.

On Sunday the 13th I thought she might be ok on her own for the three hours I went to church. When I came home from church, I was horrified to find that she had taken a turn for the worst. She died in front of me that afternoon.

I had to do something with her little body. I wasn't about to simply put her in a plastic bag then in the trash. She deserved better, and I cared too much about her to do that. So I took a small box, lined it with part of the last towel she used, and wrapped her in the piece of fur material she was fond of sleeping on. When I first brought her home I purchased a small tiger stuffed animal toy so she would have a companion in her bed. I placed that in the box, and when I laid her in it, I put her head on the tiger like a pillow.

This comes back to the song because the emotions I was feeling with my tiny precious one were pretty much tracking with the song lyrics. I knew that I would have to take care of her final moments, but I really was pained doing it. I absolutely hated to see her go. Sealing up the box for that final time was heartbreaking. I knew I would never see her little face again.

She is buried in my mom's front garden, near my mom's cat. Yes, I bawled my eyes out. I knew she was gone forever. Even though I only had her a week, the house became so empty now she was gone. She was my whole life for that week. I miss her very much.

I don't know if there are animals in heaven. I just know losing them hurts. My home is much sadder and lonelier right now. But I am thankful to God for giving me even the short time we had. I am glad I could give her the love, respect and dignity that our fallen world otherwise would not have given.

We have a general misunderstanding about the apostles and the disciples. We have somehow managed over the centuries to distill them into one-dimensional people who are the equivalent of Galilean hillbillies. I think this is due to one phrase, used once, that is understood differently to us in our day and age than it was at the time it was uttered. That phrase is found in Acts 4:13. It says they were unschooled. But that doesn't mean what you think.

All that phrase means is that they didn't go to seminary, like the Sadducees and Pharisees did. But that doesn't make them stupid. The apostles and disciples were by no means intellectually challenged. They were smart people. They had the equivalent of a public school education. They had jobs, they ran businesses, they worked for the local government.

On top of this, the last part of Acts 4:13 tells us they were taught. The religious leaders recognized this. They sat under Jesus' direct teaching for 3 1/2 years. Then, after he rose from the dead, he taught them intensively for 40 days. They had the equivalent of 3 1/2 years of college AND an intensive training seminar.

The apostles and disciples were very smart people. Don't let anyone tell you otherwise.

Jon
Another traveler on this road with you! For more info about Pilgrim's Way Ministries, go to www.pilgrimswaymin.org.